Things to do in Rabat Morocco – Today, we’re going to Rabat! This charming city is the capital of Morocco and is located northeast of the country, more precisely on the country’s Atlantic coast, about 200 kilometers from Fes. It is also the official residence of the current king Mohamed VI and is home to beautiful historical sites such as the Kasbah of the Udayas for example.

We’re going to go over a few essential attractions to visit in Rabat but here are a few practical tips to organize your trip first.

Rabat has an international airport so a plane ticket would be one of the easiest ways to get there. You will get to the Rabat-Salé airport, which is about 8 kilometers from the city. If you happen to be in Morocco and want to travel to Rabat, you can take the train to Rabat from Marrakech. The trip takes about 4 hours and costs about ten dollars. You will be passing by the city of Casablanca, by the way. You can check train schedules in Morocco on the ONCF website. If you are looking for something comfortable and not too expensive, we recommend Dar Rehab. It is a charming and cheap riad located in the heart of the Medina. Its location is perfect for visiting the main attractions in the city of Rabat. The rooms are simply decorated but comfortable, and the staff there is very friendly.

If you can afford to enjoy a more luxurious riad, have a look at Dar Mayssane. The price per night is not expensive at all; it’s actually very reasonable considering the quality of the service provided. It is also located in the heart of the Medina so you can have a view of that from the terrace of the riad, which by the way has an oriental style decoration that will immerse you in a purely Moroccan atmosphere.

If you want to discover other nice riads in Rabat, have a look at this blog post: Riads in Rabat.

What to do in Rabat

You’re all set to travel to Rabat! Let’s take a look at the 6 attractions we recommend you visit first and foremost. The most famous attraction in Rabat is probably the Kasbah of the Udayas which is located north of the city. It is actually an old fortified camp built in the 12th century. The site was recently (2012) listed as a UNESCO World Heritage Site. Its strategic location at the entrance of the city was to protect Rabat from all maritime threats.

It is actually this very kasbah that gave its name to the city. In fact, Rabat means “fortified convent” and the city was called “Ribat el Fath” (fath meaning victory) then, eventually, “Rabat”.

If you are traveling to Rabat, the Kasbah of the Udayas is an attraction you simply can not miss! 🙂 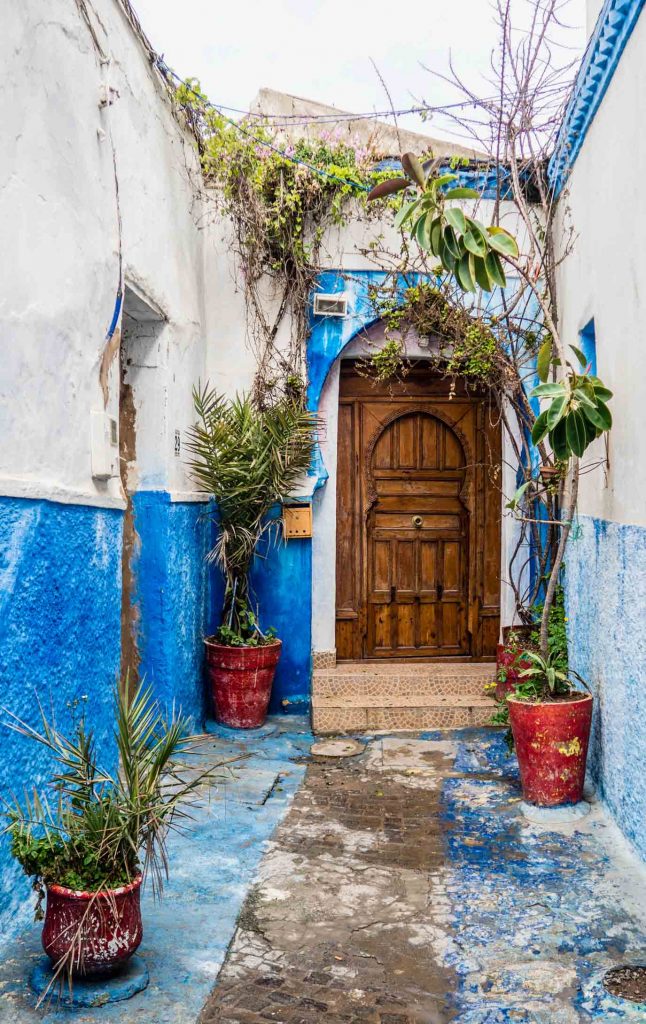 Things to do in Rabat Morocco #2 – The Medina After the Kasbah, you can head south for a walk in the medina of Rabat. You will get to enjoy a typically Mediterranean decor with many narrow pedestrian streets, pebble floor, and beautiful blue walls.

For the record, it was the Moriscos who built the medina of Rabat after being driven out of Spain by King Philip III. Of course, Rabat’s medina has the typical markets of a medina where the atmosphere is often cheerful and festive. Things to do in Rabat Morocco #3 – The Mohamed V Mausoleum

We’re now visiting an attraction that illustrates the contemporary history of the city of Rabat. The Mohamed V mausoleum contains the royal tomb of the former king of Morocco (Mohamed V) and also the graves of his sons, including the former king Hassan II. The architecture of the mausoleum is absolutely impressive and the site was listed as a UNESCO World Heritage Site around the same time as the Kasbah of the Udayas. 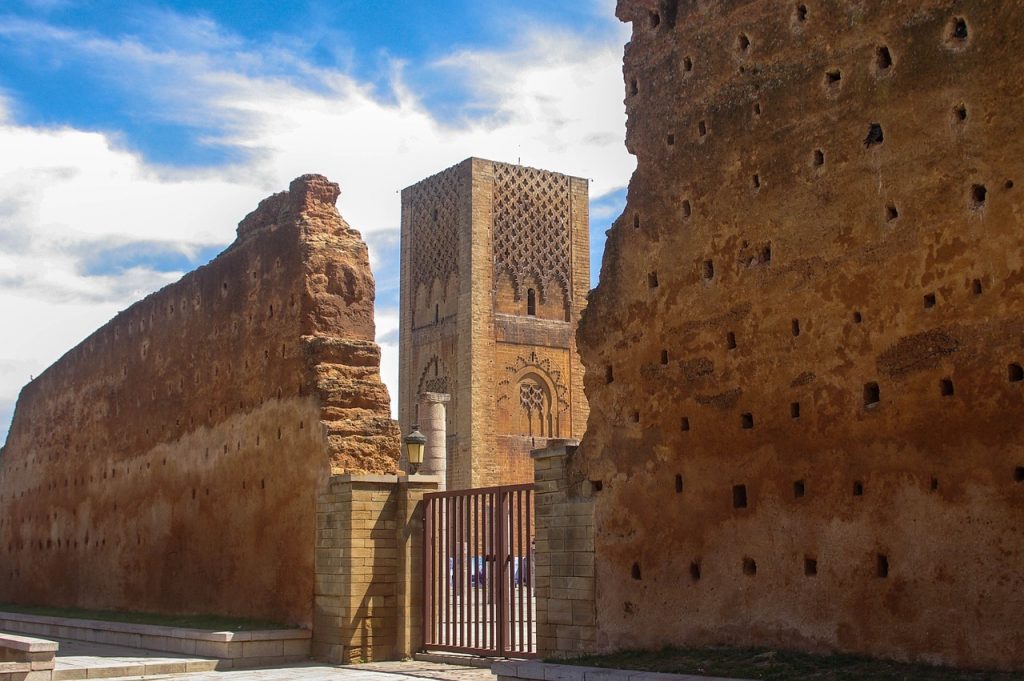 Right next to the mausoleum of Mohamed V, there’s the great Hassan Tower which is the minaret of an incomplete mosque built in the 12 century. The construction works initiated by Sultan Yacoub El Mansour were abandoned after his death. The Hassan Tower is a little over 44 meters high and is a great attraction to visit by day or by night.

Things to do in Rabat Morocco #5 – The Chellah Necropolis

Listed as a UNESCO World Heritage Site, the Chellah necropolis is an invaluable open-air museum! The Chellah site was occupied by many civilizations (Phoenicians, Carthaginians, etc.) to be used as a trading post. It was then abandoned until the Marinids (a dynasty of Berber origin) chose it for the construction of their necropolis. It was completed by the mid-14th century.

Things to do in Rabat Morocco #6 – The Royal Palace

Last but not least on our list is the Royal Palace of Rabat. There are other royal palaces in Morocco but this is considered the most important one. You cannot get inside the palace because it is the official residence of the current king of Morocco Mohamed VI; the exterior of the palace is worth a visit though.

We’re done visiting the royal city of Rabat, Morocco! Did you like this blog post? Do you have any questions? Feel free to send us all your questions and comments in the comments section below. We will answer you as soon as possible. 🙂

For more tips and recommendations to help you on your trips to Morocco or Africa in general, please subscribe to our social media pages: Facebook and Instagram.

See you all very soon,

Essaouira Morocco – Your Guide To Visit This Charming Coastal City