Essaouira Morocco – The coastal city of Essaouira is one of the most picturesque places in Morocco! It is an authentic city that tourists and visitors love, particularly for its beautiful medina, its fishing port, and its beautiful beaches. What is even more interesting in Essaouira is undoubtedly its traditional ambiance and its rich culture that has continued to flourish over the years.

Before we get into the main attractions to visit in Essaouira, let’s see how we can travel to the city and what accommodation to choose.

The city of Essaouira is about 200 km west of Marrakech. From there, it takes approximately 3 hours to make the trip by minibus. So it is possible to travel to Essaouira, spend the day there and get back to Marrakech if that’s where your accommodation is. You can leave at 8 AM to be back in Marrakech early in the evening. You can book your tour here.

If you have time, I recommend you spend at least one night in Essaouira to enjoy the city and its unique atmosphere. If that’s what you’re planning to do, you can go there by bus; the company Supratours offers transportation services for that. You can’t book online so you’ll have to check directly with your hotel or riad in Marrakech if they can do that for you. You can also go directly to the Bab Doukkala station to make reservations the day before your trip or early in the morning, the day you’re traveling to Essaouira.

If you are traveling with a group of people, you can rent a private minivan.

If you’re going to spend a few days in Essaouira, the most convenient place to stay is the Medina. For small budgets, we recommend The Chill Art Hostel, which is located in the heart of the Medina and where you can rent a bed in a dormitory for less than $10 per night!

As you can see, this place is actually an old traditional Moroccan house that has been refurbished into a nice hostel. We’re sure you will love the colorful artistic decoration. 🙂

If you can afford to spend more on accommodation, booking a riad in Essaouira is the best you can do to make the most out of your stay. We have already prepared a handy list of the 6 best traditional houses in Essaouira you can check out here: Riads in Essaouira. Our favorite is probably Riad Chbanate; it has a lovely Moroccan patio.

It also offers spacious rooms with everything you could possibly need, including a chimney to warm you up in the winter. If you’re going to stay in Riad Chbanate in Essaouira, we guarantee you won’t be disappointed! 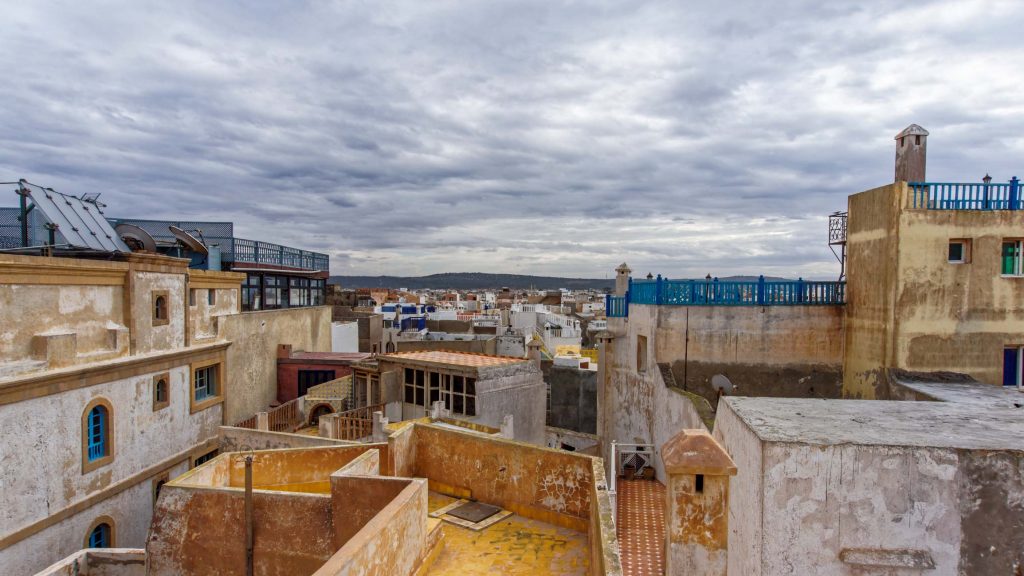 Before we get to the medina of the old city of Essaouira, let’s talk about the history of the city itself. Its original name is Mogador which comes from the Phoenician word “migdol“, meaning “fortified city”. It was first discovered by the Phoenicians, a civilization that had made significant progress in the maritime field back in the day. They quickly saw in Essaouira a strategic connection point in West Africa and settled there.

It was then the Romans who conquered the city that finally ends up under the powerful Portuguese rule in the 16th century. France had also set its sights on Essaouira during the war between Morocco and France. One of the most striking events of this war was the bombing of the city in 1844.

As you can see, the ancient Mogador has an incredibly rich history throughout which it has been influenced by many cultures.

In the 18th century, the sultan of Morocco Mohamed III began the construction of the Medina. It is at that time that Mogador finally became Essaouria, literally “the well-drawn”. To protect the city, the sultan surrounded the Medina with a fort that you can still see today. 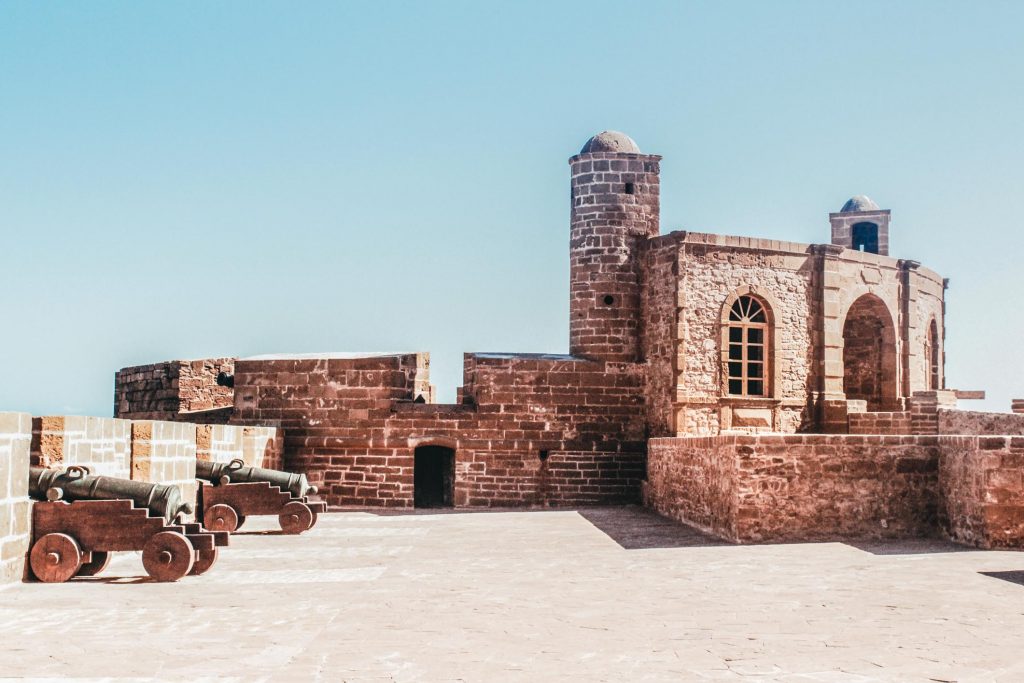 The Medina of Essaouira is a truly magical place. It’s as if time stopped there. You can wander around its charming pedestrian streets and shop around at local artisan shops. 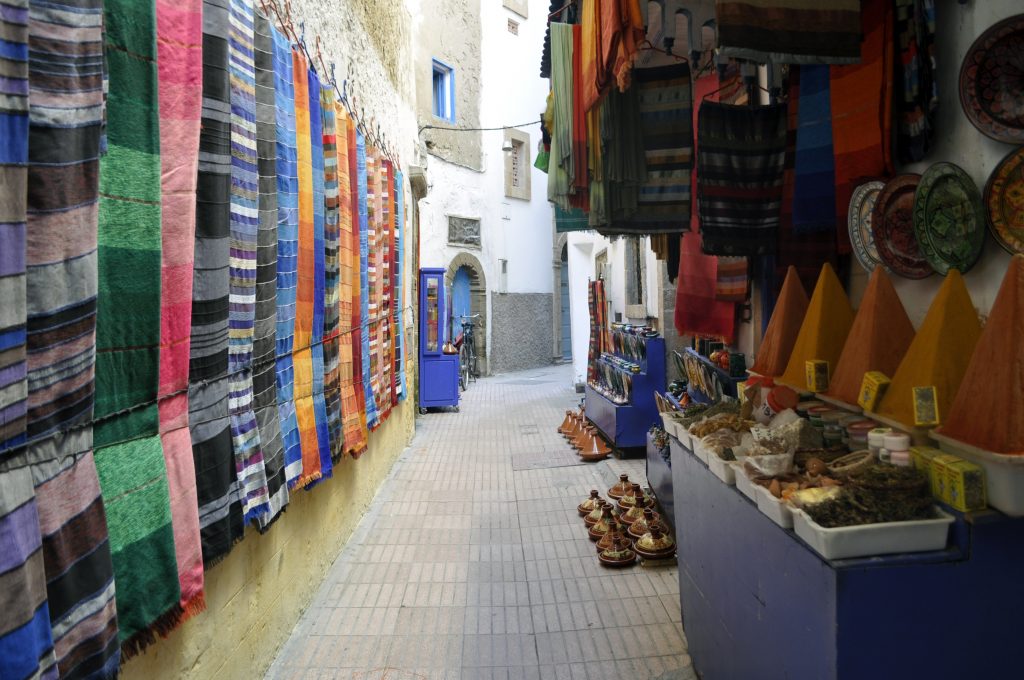 It is no coincidence that the Medina of Essaouira was listed as a UNESCO World Heritage Site in 2001. It’s an open-air museum! 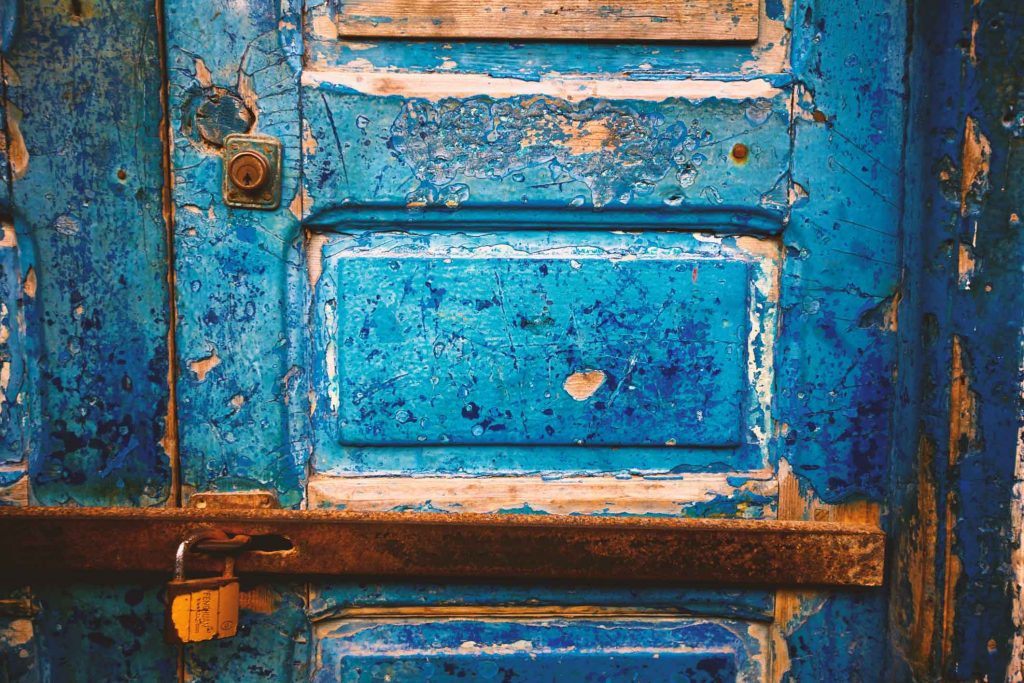 The city’s great fishing port is also a must-visit spot in Essaouira. If you want great pictures of your trip, this is definitely the place to be! Make sure to go there in the morning to enjoy the great atmosphere. Do not miss the famous Sqala du Port (an artillery platform) where scenes of Orson Welles’ Othello and even of Game Of Thrones were shot.

This is what the sqala looks like from the port.

On the same note, you can take a trip to the Essaouira’s fish market. It is a very lively place where you will find all the day’s fresh catch. Just like the port, the best time to visit this place is early in the morning. As you can see, the beach in the city is huge and you can lie down sunbathing wherever you want! The beach of Essaouira is also famous for being a popular surf spot. In favorable weather conditions, you will see many kite surfers there! 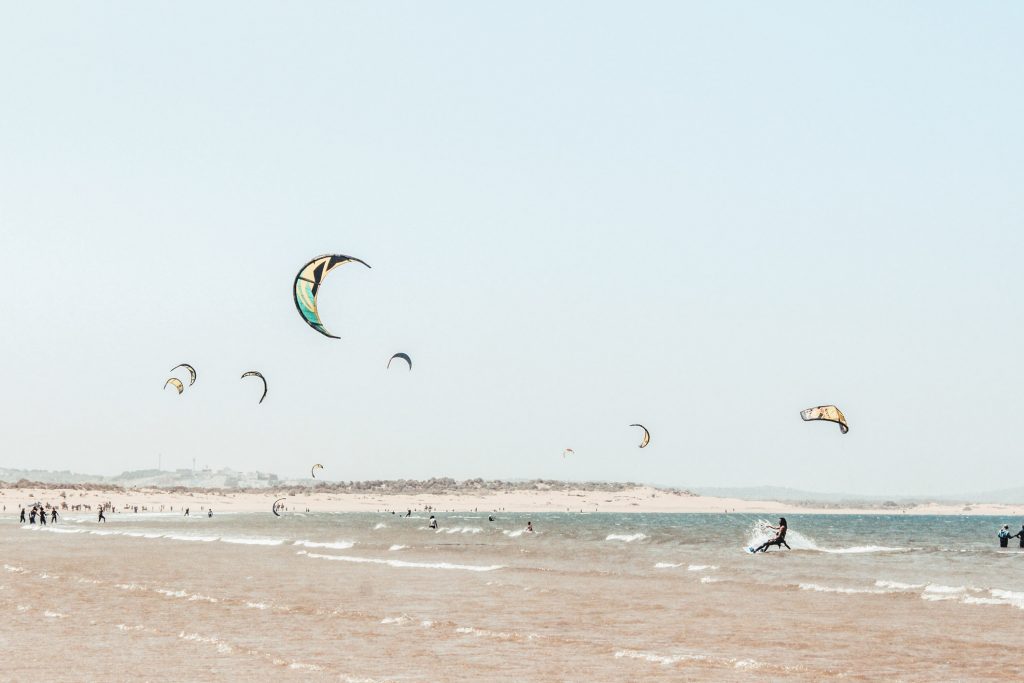 If you are interested in a day trip from Marrakech with fun surf lessons, you can book this tour.

If you go on a walk on the beach of Essaouira, you shouldn’t miss the view of the Mogador island. It’s actually the island in the background of the picture above. The island kept the old Phoenician name of the city of Essaouira.

This island is, of course, fortified because it is exposed to potential attacks. In the 20th century, an open-air prison was built there. Today, the island is protected and you cannot visit it, mainly for fauna (including many gulls and seagulls) protection reasons. 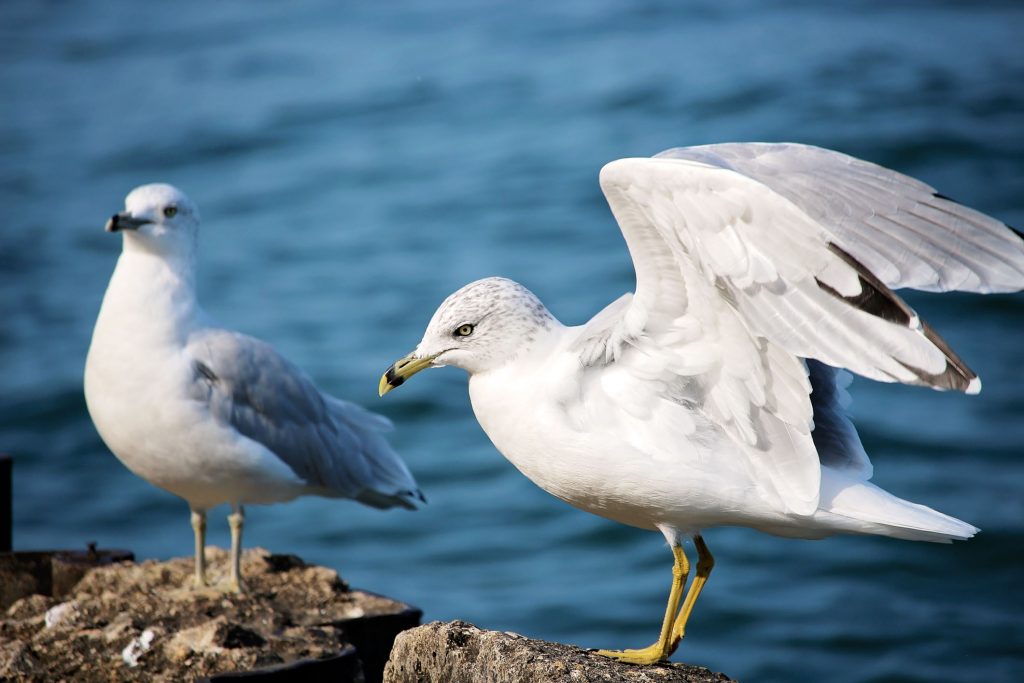 On the other hand, you can go on boat excursions around the island of Mogador. Make sure to check on the spot for reservations.

So, are you in love with the city of Essaouira yet? Of course, you are! Anyway, I hope this blog post will help you plan your trip to this beautiful region in Morocco. If you have questions, let me know in the comments section below.

Don’t miss out on any tips and recommendations if you’re planning to travel to Morocco or anywhere in Africa, subscribe now to our social media: Facebook, Instagram.

The Best Things To Do In Rabat Morocco & More Travel Tips